Get your official "Don't Look At Me" T-Shirts here!
Tell MadBum what you really think with this classic #DONTLOOKATME t-shirt from SportsCrack.com.
The ultimate troll Madison Bumgarner shirt is a must have for any sports fan.
Read more →
0 comments
Tags: dontlookatme, los angeles dodgers, madison bumgarner, san francisco giants, sportscrack, yusiel puig

Not only does Mark Richt have Miami undefeated at 3-0 but now he has his players going back to the classic 80's/90's retro jersey he used to wear when he was a quarterback.  I absolutely love the look.  I'm not a Hurricanes fan but these jerseys are awesome.  It's a classic look that still fits with today's game. 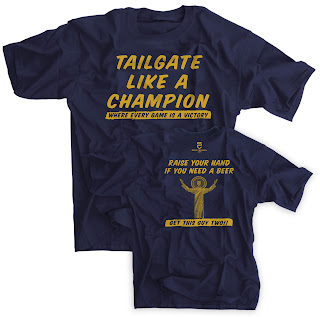 Instead of diving into the shit show Notre Dame football displayed Saturday night vs Michigan State let's look at the highlight from a great tailgating video.  This "older gentleman" is clearly reliving his ole college glory days with a young college lassie.

Everyone please look at what I have to deal with on a daily basis.


I would say this Georgia fan is a complete idiot but then I would be a hypocrite.  This is what college football passion is all about.  If you can't get jacked up for a last minute, game-winning touchdown pass from your freshman QB Jacob Eason to move to 3-0 on the young season then you aren't a real fan.

You know why this UGA fanatic bleeds red and black?  Because he can break windows by celebrating and get stitches shortly after in the hospital.

That's Chubb Strong in my book. 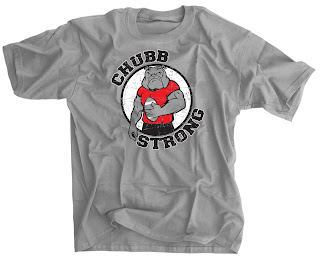 Always nice to see the big men getting in the end zone.  Bama's Jonathan Allen is nearly 300 pounds but looked like a gazelle running his way toward a huge TD in Bama's comeback win in Oxford.

It wasn't the best performance from the true freshman but when it counted Jacob Eason delivered a beautiful touch pass to WR Isaiah McKenzie for the game-winning TD in a tough road environment vs Mizzou.

It's good to see Leonard Fournette back in the highlights making Buga Nation plays!

2. Lamar Jackson With Another Heisman Trophy Worthy Play vs FSU

Action Jackson was at it again in the big showdown vs FSU with this electric 47-yard TD run.  He hit circle button a couple of times to get into the endzone in route to a 63-20 statement win vs #2 FSU.

Matt Fairchild grew up a fan of the Notre Dame Fighting Irish, Baltimore Orioles, Atlanta Braves and Atlanta Falcons.  In other words he has a sports team problem on top of his drinking problem.  Displaying a loyal, never-ending-love for his teams despite their consistent struggles to return to their "glory days" only shows the insane ramblings that permeate his controversial sport writings.  Fairchild startedSportsCrack.com in 2005 where you can find great t-shirts and sports merchandise.  See more of his work at UHND.  He can be reached at matt@sportscrack.com or on Twitter @sportscrack This is the hottest t-shirt in the NFL!  Buy the official CARSON City WENTZylvania shirt only at SportsCrack.com.

Avoid the noise. Leave it all on the field.@NDFootball vs Michigan State rivalry continues. This was the one and only highlight from the shitshow they called Monday Night Football game between the San Francisco 49ers and the new edition Los Angeles Rams.  ESPN's Kevin Harlan hit the proverbial announcer's walk-off with this classic call.  You can tell my Harlan's voice this was clearly his calling.  No more basketball or football announcing.  It's all drunk people doing stupid shit from here on out.

I can just hear Harlan's voice now as I decide to hit up happy hour on Thursday.  "What is this drunk idiot doing...does he not realize he has family at home...he's too old for this shit...oh he's going for another...God have mercy on his soul...and he's passed out before midnight!"

Louisville's red chrome helmets vs FSU shouldn't be distracting at all

I'm a big fan of chrome helmets.  I love it on my cars and motorcycles so why not get it involved with college football helmets?

We will be debuting our new red chrome helmets this Saturday for @CollegeGameDay! pic.twitter.com/dqTp0atc0m

Louisville decided to chrome the shit out of their red helmets this week in their HUGE game vs FSU at Papa Johns Stadium.  It looks like a giant Christmas ornament.  Like Santa decided to take Louisville's helmet and shove it up Rudolph's ass and BAM!  We got ourselves a Louisville Cardinal Red Chrome helmet!