Welcome to the first net zero carbon certified arena in the world.@amazon, #NHLSeattle & @oakviewgroup are excited to announce a partnership to name our future home Climate Pledge Arena & use our platform to take action against climate change → https://t.co/BrbV4rDOOO pic.twitter.com/I6FBf1euIK

The new Seattle NHL franchise still doesn't have an actual team name but they have a name for their brand new playing facilities: Climate Pledge Arena.

As part of the agreement with Amazon, OVG and NHL Seattle will make annual contributions to Amazon's The Climate Pledge initiative to motivate companies to reach zero-carbon emissions across all businesses by 2040 or 10 years ahead of the Paris Agreement. The Paris Agreement was signed by 195 nations in 2016. The three parties will form a climate advisory committee to encourage and monitor continuous improvement of best practices, while also organizing annual sustainability events at the new arena.

"Seattle is a place that values our incredible outdoor resources in the Pacific Northwest," said Tod Leiweke, CEO of NHL Seattle. "Right here in our hometown, a company made a challenge, and it was The Climate Pledge. Could we by 2040 change the world and dramatically reduce its carbon footprint? We're so proud to step forward with other leaders to say, yes we can."

I know what you are thinking and yes I completely agree with you.  Thank God they made an arena dedicated to climate change or else it would be under water within 10 years.  Not only is Amazon saving the world with the help of the Paris Agreement and Seattle but they are strictly in it for climate change.

Don't even think Amazon is a for profit business solely looking to get your money into their hands.  They wanna save the world one giant arena at a time.  Just ignore Jeff Bezos and Amazon putting forth their carbon footprint pledge a few years ago to shrink it when in fact it still grows every day despite being a trillion dollar corporation.  We will also ignore Bezos 29,000 square foot house and his 8,000 square foot house.  It may seem excessive for one guy but you can't put a price on chopping down a bunch of trees to build those palaces.

Also we should probably ignore Bezos $400 million dollar yacht for himself.  I doubt there is much of a carbon footprint if any with it.

As you can see Amazon and the city of Seattle are all about making the world a better place one arena at a time.  I'm sure there were no tax funded kickbacks for the climate friendly arena.  Nope.

Since Paige Spiranac has been quarantining she's finding new ways to display her enormous talent.  Luckily for us it has nothing to do with her golf game and everything to do with her Tik Tok game.  Yes the teenage game where people post stupid short dance clips online has found it's way to Paige.  So without further ado let's check out some of her talents...

Bored in the house ##fyp

♬ My Oh My - Camila Cabello

Oh my god yes folks we are finally getting back to normal.  Georgia doing Georgia things.

Everyone on the internet has been bitching and moaning about Georgia opening up too quickly while the "pandemic" is still not flattened out.  We know why they have been bitching: jealousy.  Shit I would be pissed off too if my state told me I wasn't essential and I couldn't do anything besides go to the grocery store and the drug store.

Down here in Georgia we got important things like the CDC headquarters and apparently dudes in Oilers jerseys with flying drop kicks at Cumberland Mall to break up fights with the shorties.  Back in my day we called them chickenheads.  That's probably considered racist these days so don't repeat it.  Anywho probably a smart move by Gretzky to high tail it out of there because it looked like the shortie he drop kicked might be reaching for a firearm in her bag.

Now it's time to get back home and Quarantine and Chill.  I give this fight a 7.6. 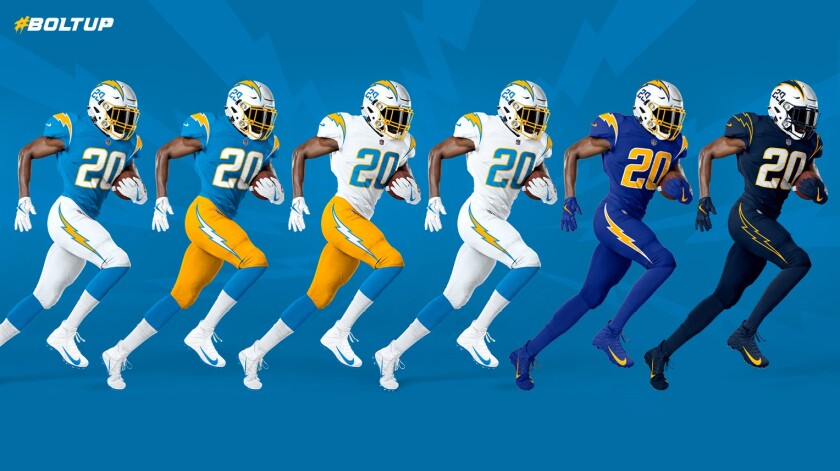 You want to talk about hitting a walk off HR in the team uniform category well I present to you the new Los Angeles Chargers uniforms.  Just look at these sweet bolts of fashion...

Are you fucking kidding me?  It's hard for me to pick out which combo I like best.  The middle two might be my favorite but then I dig the all royal blue jerseys as much as the all-white jerseys and pants combo.  Damn you Chargers for making one of the best uniforms in the NFL.

It will be fun to see which rookie QB collects the most grass stains on those fresh white uniforms.  It could be Tua, Herbert or some other unlucky schmuck.

Joe Kelly busting a window while practicing his change up is exactly what this quarantine needed pic.twitter.com/mizSujtHL2

That's not how it's suppose to work.  A major league pitcher should not be breaking windows because of impeccable bad location.

Los Angeles Dodgers reliever Joe Kelly was working on what looked to be a circle change in his back yard only to miss the net because he obviously sucks.  I mean good God sir how do you miss the net from just a few feet away and still collect a MLB salary (he's due $8.5 million this season)?  I can throw left handed more accurately than Kelly can throw a change up.

After seeing this I think it would be wise for the Dodgers to just keep letting Kelly quarantine at home even when baseball starts back up.  There's no need to get people hurt with his shitty location.

u know the challenge

♬ They Call Me Tiago (Her Name Is Margo) - Tiagz

This is what happens when you have a month of Quarantine and Chill.  Back in 2012 McKayla Maroney was America's sweetheart gymnast at the Olympics.  She brought home the 2012 team gold medal with the "Fierce Five" and won the silver medal in the individual fault when this face went viral... 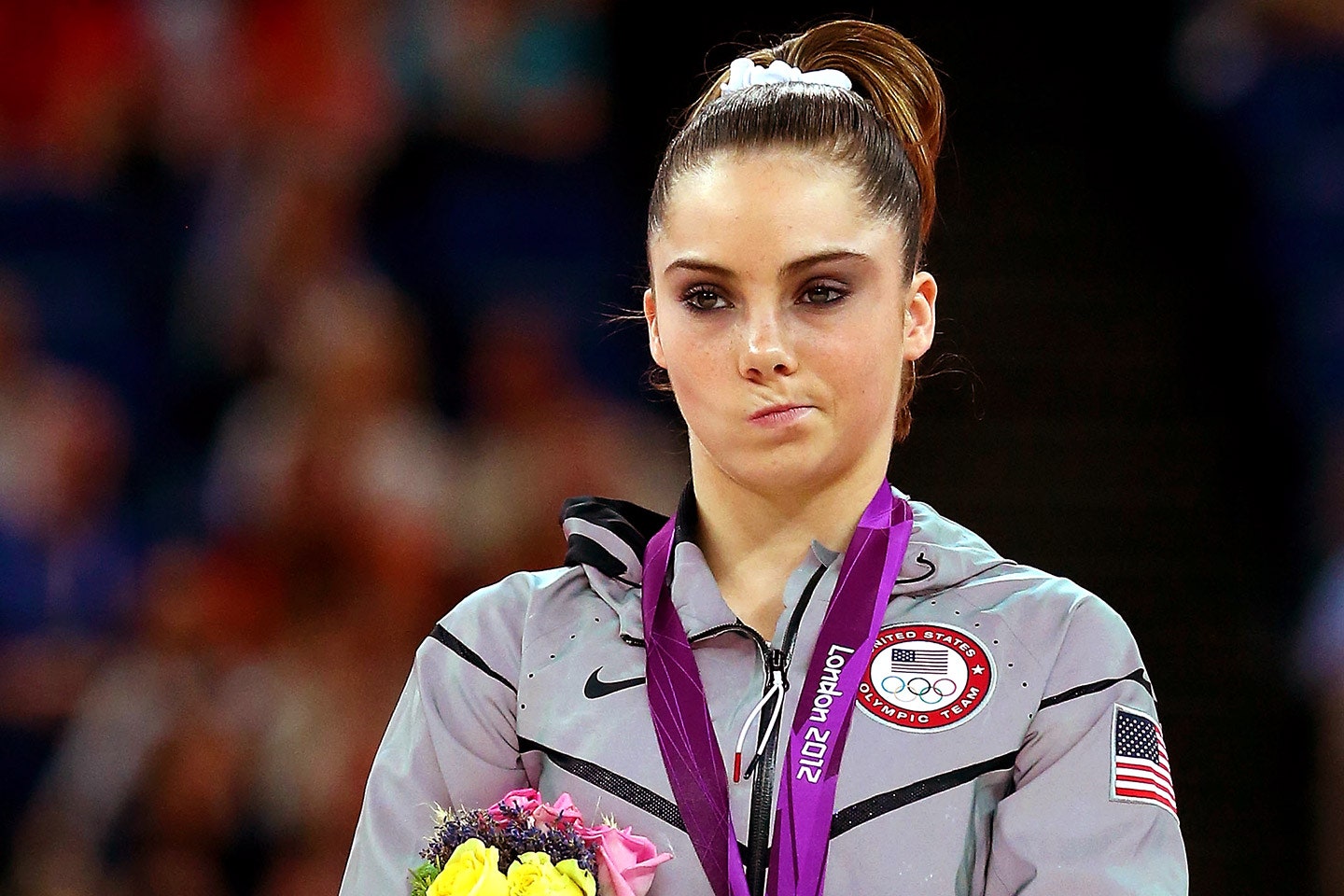 She's been out of the spotlight for a while now but at just 24 years of age she has come out of the shadows (Larry Nassar reference) and done the newest "is your ass flat" TikTok challenge. And just like in 2012 when she helped the USA girls team win the gold her ass was up for the challenge, passing it by not passing her arms behind her ass.

Thank you McKayla.  With no sports going on this is the type of entertainment our country needs.  USA!  USA!  USA! 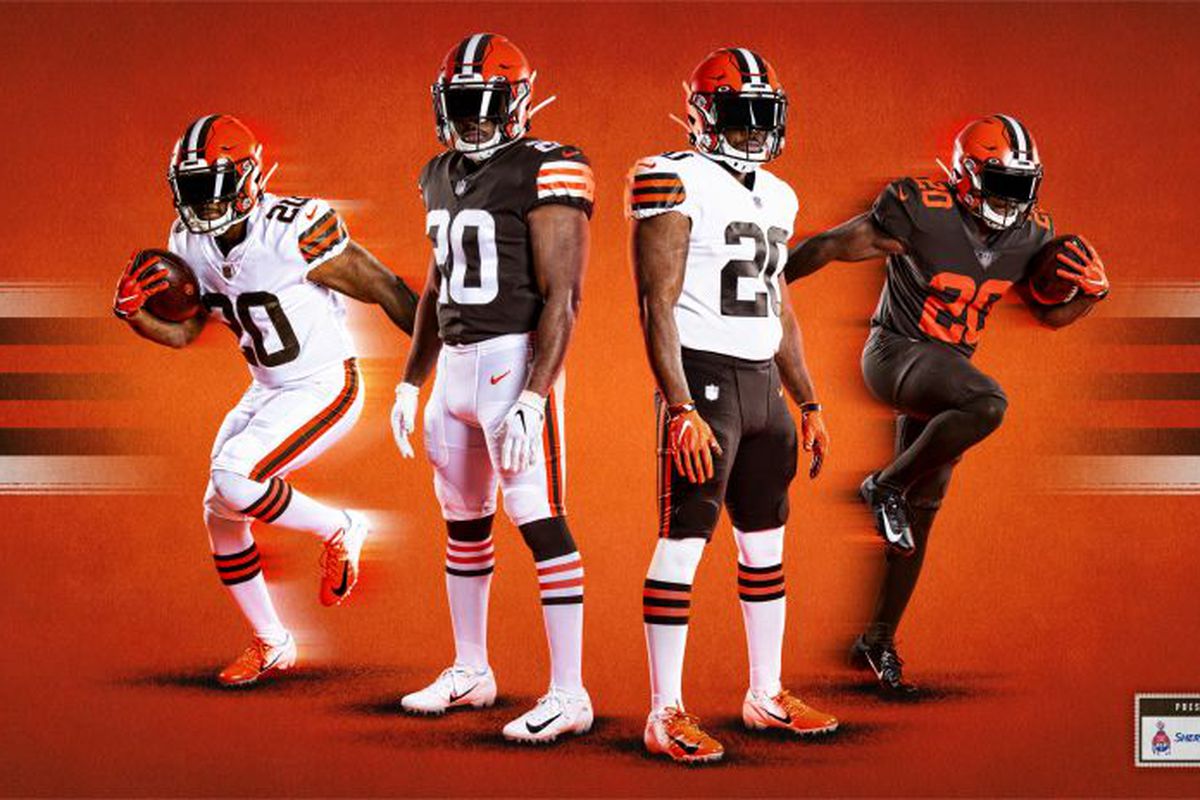 The Cleveland Browns had nothing better to do like the rest of the NFL teams on quarantine so they decided to reveal some new uniforms.  And surprisingly they aren't that bad.  Well for the Browns that is.  In typical Browns fashion they are pretty understated and normal.  Brown, white, and orange combos with no logos is about as Cleveland as it gets.  The design is good and it looks clean to me.  They didn't put a big CLE on it like the Falcons did with ATL on their jerseys.  They didn't put a Dawg for the Dawgpound on the helmet.  Just a typical orange helmet with some stripes.

So yeah go crazy Cleveland.  I'm sure these exciting uniforms will sell out quickly with everybody getting their stimulus checks today.

Somebody better check up on me after going all out in this @dolphinscheer virtual prep class. @itsnattyice YA DID IT AGAIN... . . Check on it @beyonce . . . #mdcpaige #mdc #miami #dolphins #dolphinscheer #prepclass #305 #beyonce #checkonit #choreography #choreo #miamidolphins #sweatpants #sweats #plt #prettylittlething

I can't say this more than enough but thank you Paige Lillian.  We have gone over a month now without any sports and some us (looking directly in the mirror) are going stir crazy.  Luckily Paige, the 2018 and 2020 Pro Bowl Pro Bowl Cover Girl, has our mental health backs with this great dance routine.

If you want to see more of Paige go check out her Instagram.

Be sure to order a Quarantine and Chill Shirt here: Here are some more of Paige's work on Instagram:

My loneliness, due to my sports withdrawal, is killing me. Can you relate? If so, follow me on @tiktok . . . If you have the app, lets link. hit the FOLLOW button 👊🏼 find me @ mdc_paige . . . #tiktok #bang #bangenergy #bangenergydancers #dancer #miami #305 #mdcpaige #britneyspears #follow #like #add #share #covid_19 #viral #fyp #challengeaccepted #espn #nfl #nba #nhl #mlb

only the best intentions

I think the Rock speaks for all of us here...

The new TGII 21 ATL Jersey Shirt is out for sale! Get your TGII 21 ATL Jersey T Shirt to welcome back Todd Gurley to Georgia.  All you Dawgs and Falcons fans this is the shirt you have waited for since Gurley declared for the NFL Draft over 5 years ago.

Use code SHOP10 to get 10% off your entire purchase.

This is definitely been the weirdest, most socially distanced offseason of college football ever in my lifetime. Notre Dame QB Ian Book decided to come back for a 5th season in January because he had dreams of winning a National Championship with his teammates. Unfortunately with spring ball cancelled and every student forced to return home because of the pandemic it's been tough for the players to get their daily workouts in.

Book gives us a glimpse into his Monday workouts back in California.  And just like myself he starts off with some coffee and eggs...

Had a great time filming “A Day in the Life” during this crazy time we are living in.

Can’t thank @gastonrgardey enough for once again killing it behind the lens!

Nobody really knows when exactly the players will be allowed to return to campus. Head coach Brian Kelly says he wants it to be in early June to prepare for the 2020 season. But at this moment we are all just prisoners to the "who the fuck knows?" department.

This offseason was going to be key for Book and new offensive coordinator Tommy Rees building some rhythm coming off the impressive finish of the 2019 season.  Having to replace the three top receiving targets in Chase Claypool, Cole Kmet and Chris Finke, as well as the leading rusher in RB Tony Jones Jr., the spring is imperative for offseason development and chemistry.

Now we are looking at a crash course of developing the offense with new starters like WR Kevin Austin, TE Tommy Tremble and WR Braden Lenzy.  Not to mention whomever wins the starting RB with Jahmir Smith, C'Bo Flemister, Jafar Armstrong, Kyren Williams battling it out along with incoming freshman 5-star recruit Chris Tyree.  Luckily all have had at least two years experience catching with Book with the exceptions of Williams and Tyree.  Also ND has the luck of returning 6 guys with starting experience on the offensive line so protection shouldn't be an issue with Book.

Hopefully we can see Book on campus sooner than later throwing bombs to Austin and Lenzy and get back to somewhat normal life and enjoy Notre Dame football.  Fingers crossed.