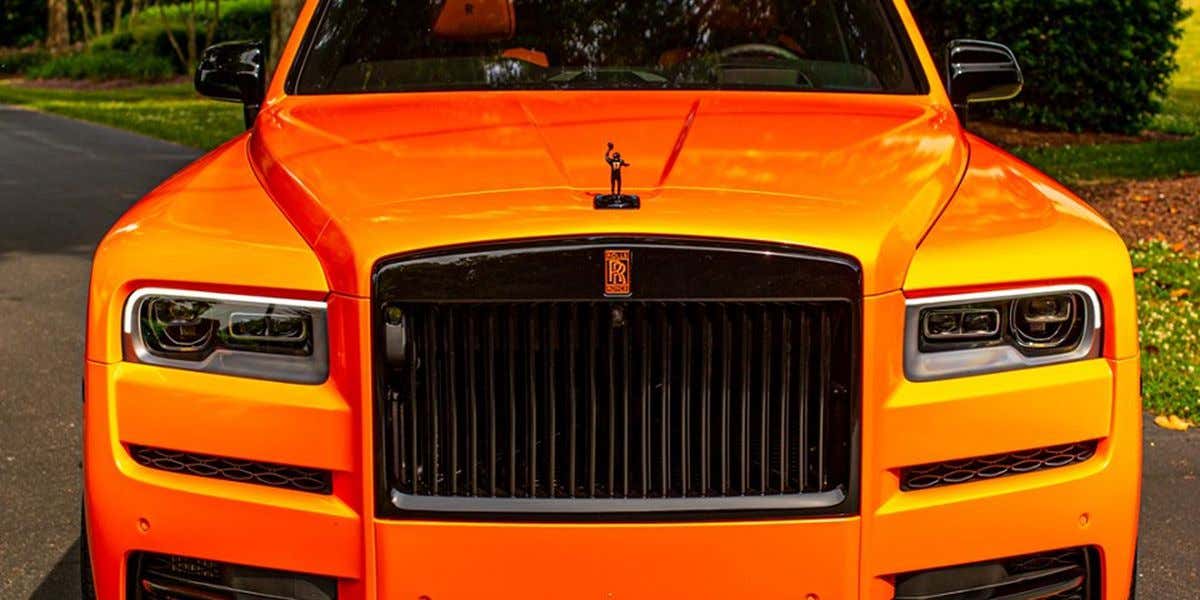 We all know Odell Beckham Jr. has a tendency to be melodramatic on and off the field. We also know OBJ produces catches and highlights while backing up the talk on the football field. Now he's backing up his ALL CLEVELAND BROWN talk with the Dawg Pound with this custom Rolls Royce that will get them barking loud and clear.

No lie I'm digging what OBJ is doing. He's all in for the Browns which is hardly ever seen or much less said. It started last season with rookie QB Baker Mayfield taking over the league by storm and turning the worst NFL franchise into a winner. Now it continues into 2019 with Baker to Odell ready to make good headlines for a devout and loyal Cleveland fan base that has waited for eternity for anything good to happen.
Read more →
0 comments
Tags: Cleveland Browns, Odell Beckham Jr., Rolls Royce

Even if Baker Mayfield pans out to be more Drew Brees than Johnny Manziel can you really blame Cleveland fans to reacting like this on draft day? These fans have been shit on for decades now because Cleveland has no idea how to develop a competitive NFL team. Every year it seems they draft another QB and throw them in the deep end of the pool with a cinderblock attached to their waist and hope they don't drown. Last year they actually made some good picks by drafting Myles Garrett #1 overall and he went on to have a tremendous rookie season.  They stuck with defense at the end of the first and got Jabrill Peppers who was decent.  Then they drafted the QB in the 2nd round in DeShone Kizer.  Of course they threw Kizer in the pool right away because he was the best QB on the roster throughout training camp and preseason only to see him struggle his rookie season which is perfectly normal for rookies who are still learning and adapting to the speed of the NFL game.  So instead of riding Kizer they traded him to Green Bay.  And now they draft Mayfield #1 overall and will more than likely repeat their same mistakes.  They passed on the three best players in the draft in Saquon Barkley, Quenton Nelson and Bradley Chubb despite having the #1 and #4 pick and having a need at each one of those positions.  Here's hoping Mayfield balls out for the Browns but we have all seen this broken record before.  Mayfield will struggle and he will get benched.  Then he will start again and then get benched.  And then Browns will fall in love with another college QB and get rid of Mayfield for pennies on the dollar because he's already been ruined by an inept franchise.

The city of Cleveland and their fans don't deserve a franchise like the Browns.  They are great passionate football fans who pack out the Dog Pound every Sunday in the fall.  But the Browns continue to shit in their faces with draft day and offseason decisions that go the opposite of conventional wisdom.  Maybe Mayfield is the diamond in the chunk of coal.  Maybe he's not.  Maybe just maybe the Browns will finally smarten up and go for the best players in the middle/front lines and work their way out like all good teams do.  They should have at the very least got a Chubb and Nelson who will be All-Pro's for years to come.  But nope they managed to cause their fans more agony by going against logic and doing what they do best: ruin QB draft picks.