Ronald Acuña's deal with the Braves begins this season and guarantees another seven years. It includes a $10M buyout on two options that are worth $17M each.

All in all, the Braves get Ronald Acuña Jr. for the next 10 years at a maximum of $124 million. It is the sort of deal teams dream of.

This is obviously a great deal for both sides in baseball's current economic situation. The Atlanta Braves get their superstar outfielder Ronald Acuna Jr for an extra four years of control.  $124 million for basically the next decade is a bargain for the Braves franchise.  Just doing the quick math that's $12.4 million per season for Acuna who is going to put up MVP numbers for the next decade through his prime years.  You can't beat that when superstars like Trout, Machado and Harper are all making over $30 million per season.

It's also a great deal for Acuna as it gives him security and all the money is guaranteed.  Currently he was making $550K per season so a bump of salary to over $12 million is nothing to sneeze at.

Most importantly it keeps Acuna in Atlanta for the next decade.  The reigning NL Rookie of the Year is a legit 5-tool player who has the makings of a young Griffey Jr and dare I say Trout at 21 years young.

I've been vocal about Braves ownership Liberty Media being cheap this past offseason and I still stick with my opinion but it is good to see them extend their young stars early.  They did it with Freddie Freeman, Julio Teheran, Andrelton Simmons, and Craig Kimbrel in the past and hopefully they build the team around Acuna now like they were suppose to with Freeman 5 years ago.

Acuna should be batting at the top of the Braves order for at least the next decade and that alone should bring a smile to all Braves fans.  Acuna's contract also gives the Braves plenty of "financial flexibility" to go get another starter (Dallas Keuchel) or relief arm (Craig Kimbrel) without breaking the Liberty Media bank.

Chop on and Acuna Matata Bitches!

Not gonna lie here.  I'm not a huge fan at all of this move.  The Atlanta Braves are currently kicking ass after sweeping the New York Mets on the road and are back home finally after a long road trip which sees them in 1st place in the NL East.  The clubhouse chemistry is great right now with young studs (Ozzie Albies, Ronald Acuña Jr., Mike Sorotka, etc.) mixed in with the vets (Freddie Freeman, Nick Markakis, Kurt Suzuki, etc.) and all of a sudden you want to throw in Joey Bats to the mix?

It just doesn't make a lot of sense to me but then again I'm not the Braves GM who has a personal history with Joey Bag of Donuts in Toronto.  Maybe the "over-the-hill outfielder converting to thirdbase coming off a horrific season in which nobody wanted to touch him this offseason" player will suddenly revert to his prime of 10 years ago.  Yeah that sounds perfectly logical right?

Today was suppose to be the home debut of one young Ronald Acuña Jr but now we get the addition of Joey Bag of K's in the lineup and hitting 5th.  Let's see how it all pays off and if the Braves can keep the good juju going tonight at SunTrust Park.

In the mean time get your Ozzie Fest and Acuña Matata shirts today at SportsCrack.com. Coming to a ballpark near you this spring is the greatest show we simply call "OZZIE FEST."  This helmet flying, slugging, diving, high fiving, scoring and hitting machine has taken over this spring.  Show your love for Atlanta's #1 tomahawk chopping young phenom with this original OZZIE FEST t-shirt.


Atlanta Braves top prospect Ronald Acuna Jr. hit the first homer of his career in his second game, leading off the second inning against the Reds with a long blast to left field.  I think that ball would have landed in Kentucky if the Braves fan didn't catch it in the upper deck.  Absolutely smoked it.  The first of many home runs to come for King Acuna Matata.

As soon as Acuna swung my eyes got real wide... Baseball, you’ve been put on notice. MLB's #1 prospect Ronald Acuna Jr. made his presence known early vs the Yankees with this absolute Hiroshima bomb off of Masahiro Tanaka. Acuna Jr is batting in the 5 hole today and is 2-2 so far with a stolen base following yesterday's 2-4 with 2 RBIs and a stolen base performance in the leadoff spot. The Braves won't start Acuna Jr on Opening Day because they are cheap and would rather delay his free agency 7 years down the road but this dude better be up in Atlanta fast. He's too damn good to keep in the minors and I would love to see him plugged in at the 2 hole behind Ender Inciarte with Freddie Freeman providing protection. 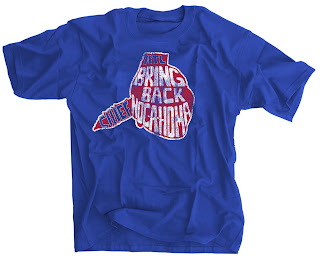 Check out and buy the new "Do The Dansby Hair" T-shirt Here!