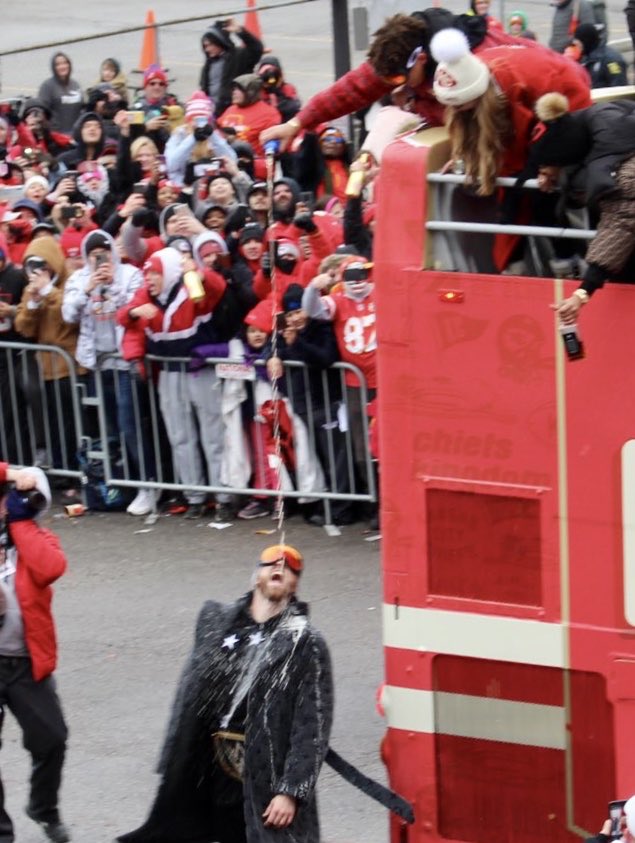 Patrick Mahomes is LIV-in the good life right now.  He just won Kansas City their first Super Bowl in 50 years while taking home the Super Bowl MVP with a spectacular 4th quarter come-from-behind victory over the San Francisco 49ers.  It was such a big victory for Kansas City that US President Donald Trump decided to send out a congratulatory tweet on Twitter which has since been deleted but seen here...

Good news is you can now purchase "The Great State of Kansas" t-shirts to join in on the joke.  So be sure to join the allegiance of Chiefs Kingdom with this classic shirt!