Look at those velvet hands. Even in the dead cold Whistler Ski resort air Lions receiver Golden Tate shows why he has the best set of hands in the NFL. Like a bear catching a salmon upstream Golden snagged a cold one in midair and slugged it faster than you can say "USA!" The American flag jumpsuit completes Golden's mission for Team America and he can now return from America's hat. 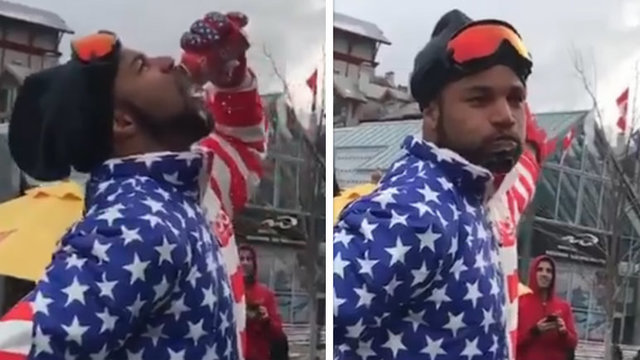