To say New York Yankees rookie/cyborg Aaron Judge put on a show last night would be an understatement.  Not only did Judge have jaws dropping but he actually had fans and ESPN's Jessica Mendoza dropping their pants from on-air snail trails.

Judge is not from this planet.  Nobody that big (6'7 280 lbs) should be hitting baseballs.  It's just not fair and I was actually nervous he might kill one of those kids in the outfield with a line drive to the head.  He's the new Terminator and yesterday just proved his first half of 30 HRs is no fluke.  It looked like he was going to get kicked out in the first round as Marlins Justin Bour hit an amazing 22 HRs.  No biggie for Judge who came up and just peppered 450 foot shots with ease including 4 500 foot plus long balls to advance.

After that it was obvious to everybody it was Judge's HR Derby.  This felt like the dunk contest when Michael Jordan and Dominique Wilkins were battling it out in the mid 80's.  It had this electricity that you don't see often in baseball.  If anybody is going to bring back kid's interest in America's past time it should be Judge.  He's a freak that is must watch TV.  I don't even like the Yankees but I find myself turning to their games on MLBTV just to see if Judge is hitting.  He's the Paul Bunyan/mythical figure who was built in a lab to crush the stitches off of every baseball he faces.

And I don't care if you don't like baseball it's fun as hell to watch someone that big hit it that far with little effort.  It's must watch TV.


Support SportsCrack by visiting our STORE PAGE to get great shirts like the Judgement Day and Baby Bombers NY Shirt... 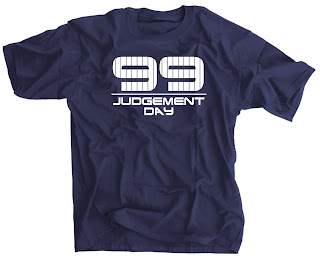 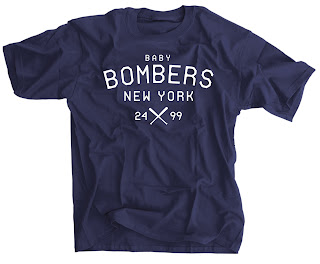