With the Coaches and AP preseason polls both out I figured I would look at the programs who are the most underrated going into the 2016 season.  These teams are all predicted to either finish middle of the road or near the bottom of their respective conferences despite their numerous starters returning and top head coaching ability. 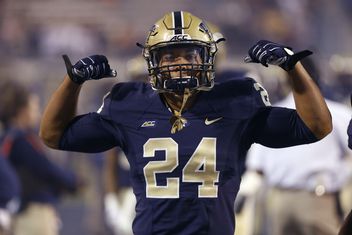 1) Pittsburgh Panthers - Pitt went 8-5 in their first season under coach Pat Narduzzi.  They return 8 starters on each side of the ball including cancer survivor James Conner, the ACC Player of the Year in 2014.  I could see them contending for the ACC Coastal division even though many pundits have them finishing near the bottom half of the division. 2) Wisconsin Badgers - The Badgers won 10 games in their first season under coach Paul Chryst.  They have a roster capable of winning the Big Ten North over Iowa.  If they can somehow manage to beat LSU in their opener at Lambeau Field I could see them upsetting the likes of Michigan and Ohio State this year because of the confidence factor. 3) TCU Horned Frogs - TCU is projected to finish 5th in their conference behind Oklahoma, Baylor, Oklahoma State and even Texas (a team they beat 50-7) despite winning 11 and 12 games the last two seasons.  You know head coach Gary Patterson is going to have them ready to make some noise and it wouldn't shock me to see them win the Big 12 even with Kenny Hill at QB. 4) Utah Utes - The Utes have the best defensive talent in the PAC 12 and return a veteran offensive line from a team that won 10 games last season including beating the likes of Michigan and Oregon by 42 points in Eugene!  But still most pundits have them finishing in the back of the PAC 12 South.  If they can find a consistent QB and some solid playmakers on offense I don't see any reason why they can't contend for a PAC 12 Title under coach Kyle Whittingham. 5) BYU Cougars - Taysom Hill is back at QB!  BYU also returns 16 starters and while their coaching staff is brand new and the schedule is rather brutal the first half I can see them upsetting the likes of Utah, UCLA, West Virginia, Michigan State and Mississippi State.  They should score  a ton of points under first year coordinator Ty Detmer's offense.