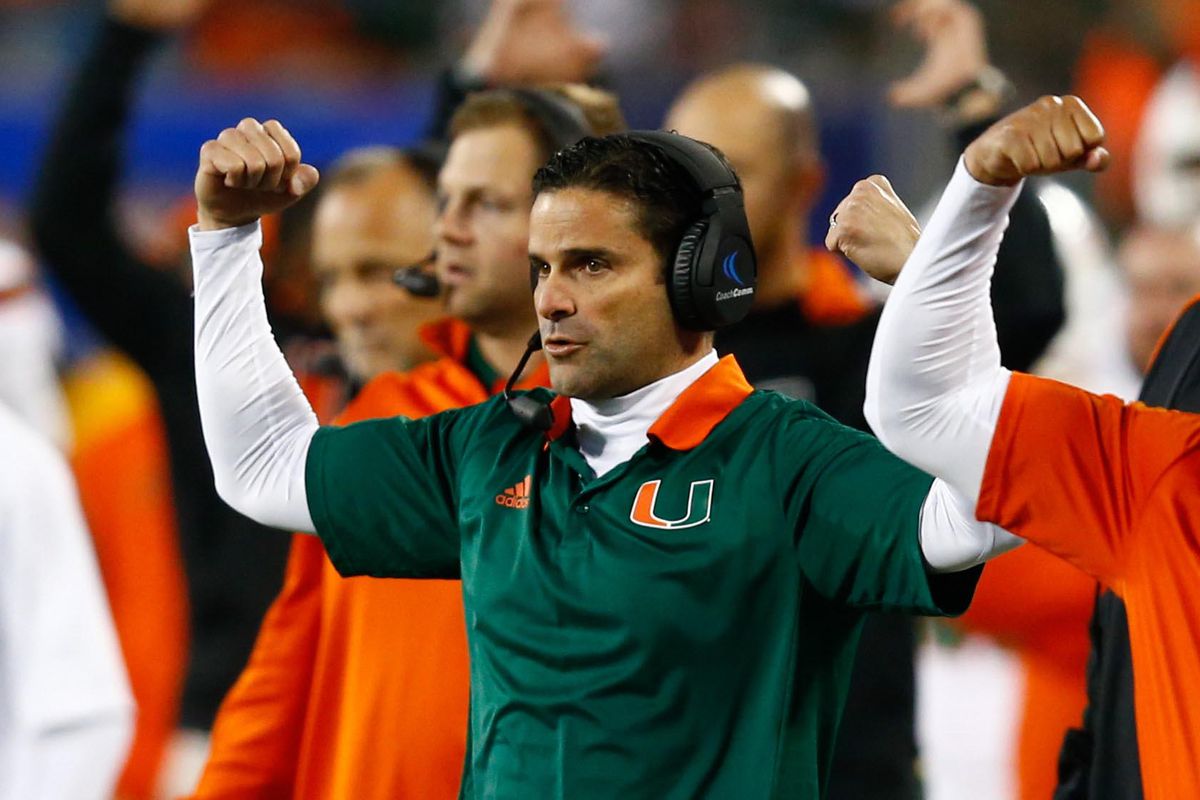 For the past 15 something years the University of Miami has tried to back away from their swagger and "Convicts" days when Da U was dominating college football in the 80's and 90's.  Yesterday new head coach Manny Diaz (the creator of the Turnover Chain) announced it loud and clear he isn't gonna back down from the swagger for the Convicts.  In fact he's returning it ten fold if this story at a Nike Coaches Clinic is true...

For this asking lol pic.twitter.com/EtQta5a8PY

Listen I'm a self admitted Miami hater.  I hated the Convicts with a passion back in the "Catholics vs Convicts" days when Jimmy Johnson and his punk ass team would showboat and strut all over the field.  But as much as I hated them I gotta admit I missed them these past 15 something years.  Much like college football  is better when Notre Dame is kicking the shit out of Michigan every year the sport is a hell of a lot better when Miami is strutting all over the field, starting fights outside the locker room while getting off the plane in army fatigues.  That's the fucking Miami Hurricanes I remember and loathed.  This is why I absolutely fucking love Diaz dropping his nuts on Taggart at a Nike camp in Orlando.  He's doing his best to change the culture back to the Convicts.  Granted if this story is true Diaz committed multiple NCAA rule infractions not to mention real life laws but that is neither here or there. Diaz is a Miami boy who has seen Da U's powerful Hurricane like attitude decline to not even a brisk fart in the wind.  Diaz has already turned Miami into Transfer Portal U this off season by convincing 5-star recruits to come to Coral Gables such as UCLA's Jaelan Phillips and his teammate defensive tackle Chigozie Nnoruka, as well as Ohio State quarterback Tate Martell and USC safety Bubba Bolden.  It remains to be seen if any of the former 5-stars will pan out or even be eligible this season but if Diaz can attack their development like he has their recruitment we could very well see the return of the swagger and most importantly the W's to Da U.